Hey there, it’s been a minute.

So it’s the middle of the year and all my exams are done!!! Though I’m happy that exams are over, due to excessive amounts of studying, I have not read nearly all the books that I wanted to read so far, but nonetheless I felt like doing this tag and hopefully I will make up for my lack of reading in the second half of the year.

So let’s get to the questions! 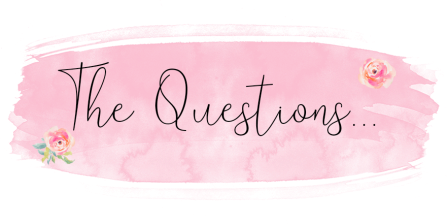 Okay, as I mentioned I haven’t read many new books yet BUT of the ones I have read, my favourites have been The Wicked King by Holly Black and Wintersong by S Jae Jones

The Wicked King is the sequel to The Cruel Prince, which was one of my favourites last year, and I was highly anticipating its release, safe to say I was not disappointed and I am so looking forward to the next (final? I’m not sure) instalment

Wintersong was another new read, not gonna lie it was cheap so I got it without knowing much about it but oH MY GOD IT WAS BRILLIANT, the world-building and descriptions and characters and story line and everything was just so enchanting and I adored this whole book

Okay, so obviously The Wicked King was a sequel but I don’t want to repeat myself so I have picked another amazing sequel i read: The Heir by Kiera Cass

I know The Selection series has very mixed reviews, but I personally loved it! I’ve had this book for a while but I never really considered it a part of the original series that followed America, nonetheless I finally got around to reading it and LOVED it, i think this series is so cute and entertaining no matter what anyone says and I adore it.

New release you haven’t read yet, but want to

Honestly there are sO MANY because of how behind I am with reading, but I think the new releases I want to read the most are Stepsister by Jennifer Donnelly and King Of Scars by Leigh Bardugo

But honestly there are so so many more, these are just the first two I thought of, if you want to see a more extensive list of all the new releases I haven’t had the time to read, you can add me on goodreads 🙂

Most anticipated release for the second half of the year

This is really difficult because 2019 has been blessed with new releases and I can’t breathe from excitement, I think my most anticipated would have to be Lifestyles of Gods and Monsters by Emily Robertson, Ninth House by Leigh Bardugo and Five Dark Fares by Kendare Blake with reasons being for synopsis, author and series respectively

The Opposite of Always by Justin A Reynolds, the fact that all I wanted was a nice squishy contemporary and I got an infuriating protagonist and a crappy storyline is still irritating me, for more on my opinions, you can read my review here

A Curse so Dark and Lonely by Brigid Kemmerer, Beauty and the Beast is one of my favourite disney movies, and after reading Marissa Meyer, literally every retelling has been at least somewhat disappointing, but this book was sO GOOD, if Kemmerer writes more retellings (including the sequel to this) I will 100000% read them

Favourite new author (debut or new to you)

I’m going to cheat a bit and say Maggie Stiefvater, I have started to read Shiver, but havent finished it because it’s a bit toooooo cheesy, even for me (I’ll pick it back up at Halloween), HOWEVER, I (finally) read The Raven Boys and fell in love, Maggie is on the track to becoming a new fav

The whole squad in The Raven Boys, particularly Gansey; need I continue?

Okay, remember when I said no repeats? I lied. The Goblin from Wintersong is amazing, like his whole character, I LOVE

Book that made you cry

Like none, I don’t cry when I read. But that being said I get dangerously close to crying in The Goblet of Fire (which I read for what I think is the 26th time) when Harry is telling the story of the maze to Dumbledore and Sirius

Book that made you happy

Another repeat… sorry, but The Heir, all Kiera Cass books make me so so so happy and this one was no exception

Um.. like physically? As in how it looks? Well, that’s how I’m interpreting this and I’m going to pick Girls of Paper and Fire, the book itself was mediocre at best, but I must admit, it is very pretty

Books you want to read by the end of the year

I swear to God I am drowning in all the books I want to read, please don’t ask me this or I’ll burst into tears, I may need a whole post for it… let me know if that’s something you want or nah

And that is it for this tag! Thank you so much for reading ❤ What have your favourite books been so far this year? How many have you read, what is your goal and what are your most anticipated reads? Let me know in the comments! Thank you once again for reading and I will talk to you in my next post if you chose to read it, exams are done now so I should be posting more regularly and some Disney themed posts should be coming because I’M GOING TO DISNEYLAND!!!!! But before I go off on a tangent, I shall end this post here, see (not really see but you know what I mean) you soon ❤

Cover image is from Chris Liu on Unsplash because I was too tired to take my own, soz

5 thoughts on “The Mid-Year Book Freak Out Tag”